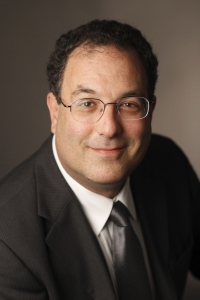 Relations between academia and the military services are not known for their cordiality. The flash point was the Vietnam War. Campuses across the country were incubators of the anti-war movement and arenas for major protests. Many units of the Reserve Officers’ Training Corps were shut down, especially at the Ivies. More recently, the government’s “Don’t-Ask-Don’t Tell” policy for gays was a source of friction at some universities.

The repeal of that policy and the fading of history have helped clear the way for better relations, most pointedly symbolized by the return of the ROTC to Harvard after a 40-year absence. Still, a walk across the average U.S. college campus offers few clues, if any, that our country is at war, and university curriculum and programs seldom touch on military families or military culture.

This divide between civilian and military culture on universities and colleges needs to close further, and there’s a pressing need to move now.

With the end of the Iraq war and the winding down of the Afghanistan conflict, tens of thousands of military service members will be returning home to civilian life as the Pentagon recalibrates its force levels around the world. They face gloomy prospects. The job market is weak with the unemployment rate of veterans already higher than the national average. The resources to help them and their families reintegrate into society may be victims of the scheduled draconian cuts in January known as the “fiscal cliff.” The failure of a noncontroversial job-training bill for veterans to win passage in the Senate in September may be a harbinger of things to come.

Some universities and colleges have formed partnerships with non-academic organizations to help veterans train for jobs, as well as to do research on the challenges they confront readjusting to civilian life. More could be done, such as creating scholarship funds for veterans and giving course credit for time and experience in the military, depending on the major. But there’s another area where colleges and universities could make a big difference: training teachers, principals, social workers, psychologists, counselors, and other education professionals to understand the academic and social-emotional challenges faced by military children.

It is not uncommon for these kids — 1.3 million mostly enrolled in public schools — to attend nine schools before graduating from high school and to end and restart friendships every year. Many are barred from participating in a favorite sport because they lack residency requirements. And too many fall behind academically because of varying course-credit policies among the schools they attend.

The American Association of Colleges of Teacher Education, the Military Child Educational Coalition and Joining Forces, a campaign to help veterans and their families started by First Lady Michele Obama and Jill Biden, have partnered to create Operation Educate the Educators. The group has signed up more than 100 university schools of education to include materials about military families in their teacher training and internship programs.

These materials are contained in four guidebooks, the product of a consortium partnership involving USC and eight Southern California military-connected school districts. They give teachers, principals, school social workers and other staff members background knowledge on military children, as well as practical, easy-to-implement programs that have a proven track record. For example, future teachers, administrators and student support staff serving military families should be trained in military-connected schools as part of their degree program.

Other universities are tapping graduate and undergraduate students to tutor and mentor military children, among them the University of California, San Diego, Old Dominion University, John Hopkins University, University of North Carolina-Chapel Hill and the University of Arizona. This year at UCSD, up to 500 undergraduate interns with training in military culture will be tutoring military students in San Diego public schools, as well as participating in afterschool and arts programs; others will mentor military youth in college. This program alone could provide about 20,000 hours a year of extra help and support for students.

This, of course, represents just a small step toward what’s needed. Veterans deserve sensitive, well-prepared teachers, administrators and support staff who know how to make their children feel welcome, supported and part of school. Colleges and universities can help make this happen by offering in their education, social work, arts and letters, and psychology graduate-degree programs training in military family culture and in the special needs of military families. No extra funding required.

By training a generation of professionals to understand military family culture, colleges and universities can make the academic-military divide a part of history.