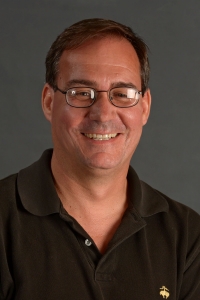 As the newest member of the USC School of Social Work faculty, retired colonel Carl Castro is looking forward to tackling the toughest problems confronting military service members and veterans.

“The most pressing challenges the military has right now from an active-duty perspective is this high suicide rate in the Army, sexual assault issues facing all the services, and facilitating the transition from a wartime military to a peacetime military,” he said. “That dovetails into issues facing veterans and service members entering civilian life.”

In his new role as assistant professor and director of research at the school’s Center for Innovation and Research on Veterans & Military Families (CIR), Castro is interested in improving how social workers and other behavioral health care professionals develop skills for working with members of the military, such as recognizing the symptoms of post-traumatic stress disorder, establishing a therapeutic relationship with soldiers and veterans, and conducting suicide risk assessments.

He stressed the need for researchers, clinicians and policy makers to consider not only the current mental and behavioral health issues facing the military, but the inherent nature of serving in the armed forces.

“You quickly realize that facing the challenges of killing somebody and trying not to be killed in the process, of witnessing death and destruction—those things place a tremendous toll on the physical and mental health of a service member,” Castro said.

By developing a better understanding of those enduring issues, he said researchers can begin to craft more effective prevention programs and treatment. That is one goal of a large-scale survey being led by Castro of approximately 4,000 veterans in Los Angeles County.

“We hope to determine what the needs are of these veterans,” he said. “If they are being met, that is going to be fantastic news for everybody, but if we see an area with unmet need, we’ll be able to determine where we can target resources.”

He is also interested in pursuing research on issues such as pain medication misuse and violence and aggression associated with military service.

Castro said he is inspired by the USC School of Social Work’s ongoing emphasis on military social work and efforts to improve the lives of service members and veterans.

“It’s absolutely thrilling to see everybody coming together and focusing on these issues,” he said. “The real challenge is to not lose the momentum we have as the wars are ending. We want to learn as much as we can now and capture those lessons learned and figure out how to take care of veterans so we don’t have to relearn it every time.”

Castro most recently served as director of military operations in the Medicine Research Program at Fort Detrick, Md. He was chief of military psychiatry at the Walter Reed Army Institute of Research and commander of the U.S. Army Medical Research Unit-Europe, in addition to completing multiple deployments to Bosnia.

A graduate of Wichita State University, Castro also earned master’s and doctoral degrees in psychology from the University of Colorado. He led the first major study of the psychological effects of an ongoing war involving the United States, surveying 6,200 soldiers and Marines shortly after they returned from battle. A resulting publication, titled Combat Duty in Iraq and Afghanistan, Mental Health Problems, and Barriers to Care, is considered a seminal exploration of the effects of combat on mental health and well-being.