Many veterans feel discrimination from employers and co-workers, which could hinder their success at work and in transition to civilian life, according to reasearch from the Center for Innovation and Research on Veterans & Military Families at the USC Suzanne Dworak-Peck School of Social Work.

Asked to recommend ways to make workplaces more veteran-friendly, the veterans’ responses pointed toward broader societal concerns, including an assumption that not all vetrans are violent or have PTSD, translating military skills to civilian industry and connecting to other veterans with similar experiences.

Atuel was among a group of USC researchers who gave expert testimony on the status of California’s transitioning veterans, in the hope of informing the future work of state legislators, during the first informational hearing of the state Senate Veterans Affairs Committee on March 14.

Carl Castro, associate professor and director of CIR, led a team of colleagues from the school and community to discuss multiple areas of veteran transition, including employment, housing, health, community engagement and family connectedness.

Though most of the information presented was based off research and experiences in Los Angeles and Southern California, Castro told the committee that it remains relevant.

“It might be tempting to dismiss data from Southern California as not representative of veterans in California. I caution everyone not to do so,” he said. “Other studies we have conducted in Chicago, Alabama and even San Francisco are confirming and in many ways extending our earlier findings.”

Graeser pointed out that collaboration is necessary when it comes to veterans coming home, especially within local communities.

Through his work with the L.A. Veterans Collaborative, Graeser said he’s learned that the onus lies with the local community—not federal or state programs—to ensure veterans are successful in transition. He added that veterans are rarely in need of a single service when they get out of the military, even though that’s how the support network is currently structured.

“Most veterans who come to California will not know where to go and they certainly won’t know when they’ll need it,” Graeser said. “What that requires is for providers, employers, anyone in the community to work together. Veterans might come asking for things that [a nonprofit] is not qualified to give. Nonprofits have to be able to say, ‘we don’t do that, but I can get you to someone who can’.”

A need for housing

Another critical factor to transition is housing. About 10,000 homeless veterans live in California, but many more are in unstable situations.

“There are 200,000 veterans in California living below the poverty line, and about 200,000 living just above it. The need for affordable housing is acute,” said Peck, who noted that a holistic approach that includes access to support services and case management is needed to properly address the housing issues facing the state’s veterans.

Sen. Josh Newman, chairman of the committee, said it was “gratifying that we’ve started off with a smart conversation that sets the context properly for the work before us for the year.”

“I would emphasize that any success that we will have as a committee—but more generally at the state level—is going to be based on evidence-based approaches that have proven to work… and that truly rely on collaboration.” 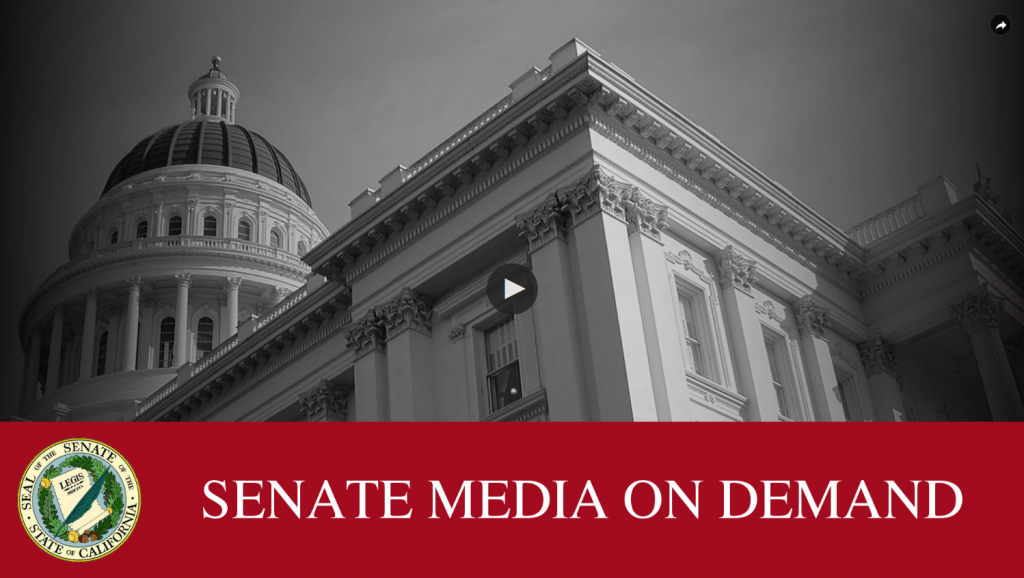