The University of Southern California was awarded a competitive $35,000 grant from the Borchard Foundation Center on International Education to convene a colloquium about the long-term effects of war on communities.

Set in the French countryside of Brittany at the Château de la Bretesche, the June colloquium brought together a diverse group of international experts in the fields of psychology, psychiatry, social work, nursing and medicine, along with historians and chaplains, to discuss moral injury–a concept that is gaining in prominence as the third invisible wound of war. The colloquium was co-organized by Carl Castro, associate professor and director of the Center for Innovation and Research on Veterans & Military Families at the USC School of Social Work, and Madeleine Bruning, assistant professor of pediatrics at the Keck School of Medicine of USC.

“We know very little about how war impacts communities and societies,” Castro said. “There’s this general recognition that conflicts and war impact people above and beyond symptoms and reactions you see associated with post-traumatic stress.”

In the past decade, PTSD and traumatic brain injury have been the defining invisible wounds of war. Moral injury has been steadily gaining ground as another invisible wound that distinguishes itself from the other two; however, it lacks the same amount of evidence-based research to fully comprehend it.

“There isn’t complete agreement on what it is or how it manifests,” Bruning said. “It’s not PTSD. It’s a soul wound. It’s a spiritual wound.”

For the colloquium, Bruning said the participants chose to define moral injury as the psycho-social-spiritual wounds that present themselves in those who are participants of, witnesses to, or indirect victims of war. Also, moral injury occurs when one betrays or contradicts his or her own moral beliefs.

The colloquium participants held discussions about the differences between treating and healing moral injuries, the roles religion and spirituality play in conflict, the purpose of memorials, the human toll of continuing to live in war zones or choosing to live as a refugee, and the barriers to reconciliation.

“Different disciplines look at this differently. Different countries see it differently too,” Bruning said about the diversity of the participants, who hailed from the United States, Canada, United Kingdom, and the Netherlands.

“People understand and make sense of war and conflict from the context of their own experiences,” she added. For example, Americans have a different perspective because modern-era conflicts have not been fought in the United States.

The participants will be publishing multiple papers stemming from the discussions on the strategies and methods of recovery across cultures, generations and religious denominations.

“Many people view ‘moral injury’ as another buzzword, but we’re hoping to keep the dialogue going and bring science and scholarship to the topic,” Castro said.

The Borchard Foundation Center on International Education was created in 1987 by the Albert and Elaine Borchard Foundation, based in Woodland Hills, Calif., to create a bridge between France and the United States through the scholarship and creativity of individuals involved in cultural, academic, and public affairs. 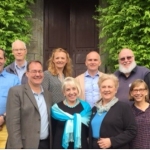 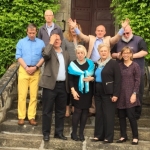 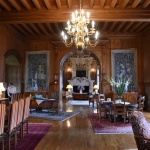 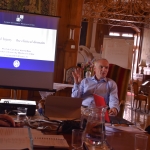 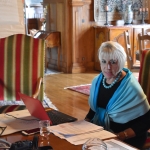 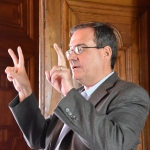 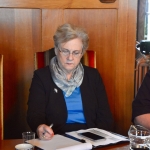 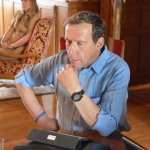 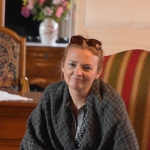 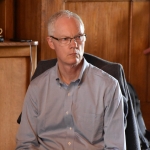 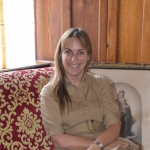 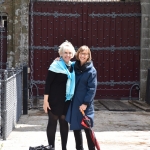 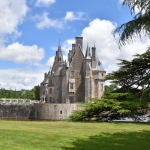